A First Visit to Marton Wood – A Fungi Special 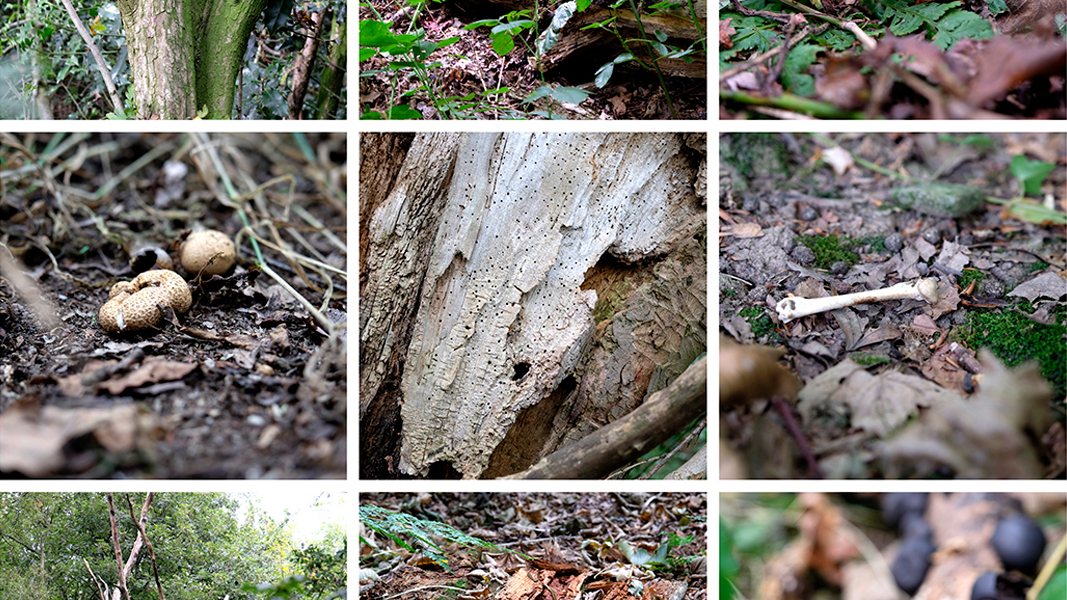 Within a few strides of entering the wood we stopped  - our first fungus sighting waiting to be identified. No problem for ‘Name It’ Andy – though have to admit can’t remember what it was called. Need to concentrate, stop drifting into a conversation with the trees!

A few strides later another mushroom…then another…and another. After an hour of walking and talking we’d gone less than 100 yards –but a space so filled with fundal life! Truly amazing when you have it pointed out to you.

Not spectacular, breath-taking classical red spotted toadstools, but small, unobtrusive things just embedded into the wood. Living in partnership with all around them, micellar networks underground being their real reason for being.

And ‘Name It’ Andy could name them all. Some needed cutting in two, others rubbing to turn blue, some both cutting and rubbing, some cracked when broken, some were up in trees where we couldn’t reach….an astonishing array of life in primitive but exquisite form, the beauty of their form being enhanced with the array of magnifying eye glasses produced by – you got it – Name It Andy!

Slowly but surely, we worked our way round the wood. Educated at every step, each of us engaging in our own fantasy of fungal life. For me the highlight was the beef steak fungus. A bracket fungus high up on tree – I spotted it  first, maybe that was something to do with the attraction to it – it looked like an aged bracket fungus. When ‘Name It’ produced a sample from a visit elsewhere from his bag though its beefsteak name was obvious. You really could mistake it very easily for a piece of steak. It even had red liquid come out of it when you squeezed it!! What’s more ‘Name It’s sample also had tiny maggots!! Gruesome but truly awesome.

Nearly three hours later we reached the end of our tour. For me a first visit to Marton and one to be followed up. All sorts of thought flowing around the head as to what could be done here. But this is Slow Art – let it gestate, await another visit and another.

In the meantime, apparently there are no British fungi which are lethal to touch – yes if eaten but not touched.  ‘Name It’ Andy the living proof!!! Many thanks Andy for a wonderfully educational tour.