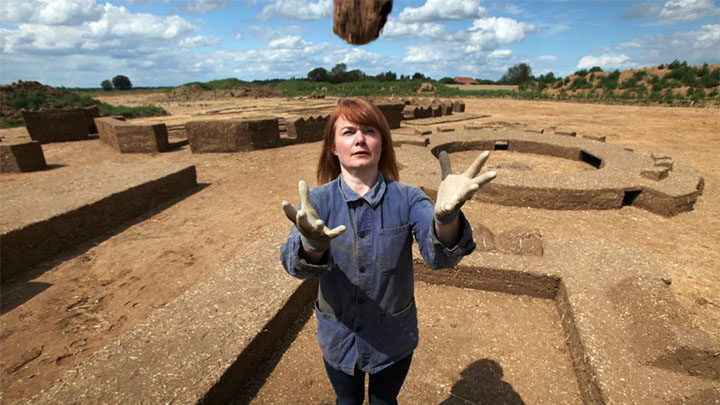 For the fourth in our series of artists’ talks and discussions on the theme of Greening Arts Practice, we were delighted to welcome the award-winning artist Karen Guthrie.Karen is a cross-disciplinary artist who was raised on the West coast of Scotland and now lives on a smallholding in the rural Lake District, the headquarters of arts organisation Grizedale Arts. Karen works primarily in public and socially-engaged art and in film-making, also freelancing in a number of capacities (from warden to Head Gardener to web developer) for Grizedale Arts. Recent projects include “House of Ferment” – a pop-up installation and working kitchen commissioned by Science Museum London, and so far presented at Borough Market (London), ArtBoom Festival (Krakow, Poland) and Hauser & Wirth Somerset, where she was artist-in-residence in 2014,  producing work for ‘Soil Culture’, a UK-wide touring exhibition that celebrated the UN Year Of Soil.

‍
In 2017 she was a National Trust artist-in-residence at Acorn Bank near Penrith, producing garden plant distillations for a sensory installation, ’The Years Of Magical Thinking’.

With long-term collaborator Nina Pope, Karen won the first Northern Art Prize in 2008 for their films and installations. Together they founded their multidisciplinary organisation Somewhere in 2002 and have undertaken commissions for the likes of Tate Modern and Cambridge University alongside making four feature documentary films. In 2014 their work was the subject of a retrospective show at Kettles Yard, Cambridge. Karen’s latest feature film, the autobiographical ‘The Closer We Get’ (2016), was theatrically released in UK cinemas, broadcast on the BBC and has won many awards during a festival run taking in 16 countries.

‍
More about Karen’s work can be seen at www.somewhere.org.uk